Black North Carolinians as Soldiers in the First World War: A Microcosm of the National African American Experience 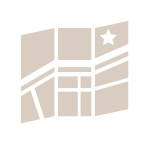 Explore when and where BNC soldiers served. 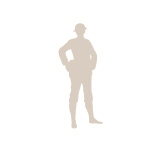 Explore who served and where he served.

Explore domestic and overseas units that BNC soldiers served with.

Military preparations for war conformed to the rules of segregated America, influencing all African American soldiers’ wartime experiences. Yet even within these limitations, Black North Carolinians made their mark. They were among the first American combat soldiers, black or white, to arrive in Europe, among the early stevedore volunteers, among the recipients of military awards and honors, and among the last returning soldiers who restored the killing fields of France for human habitation.

Approximately half of Black North Carolinians experienced the war in France and the other half in the US. Of those who sailed abroad, approximately 20% served as combat soldiers in arms. North Carolinians served in both segregated combat divisions—92nd and 93rd. The other 80% in France served as laboring soldiers in five different types of units. The half assigned to domestic units met a wide variety of needs in a host of specialized labor units.

Where did BNC Soldiers Train or Serve?

Where and When did BNC Soldiers Journey from Induction to Discharge